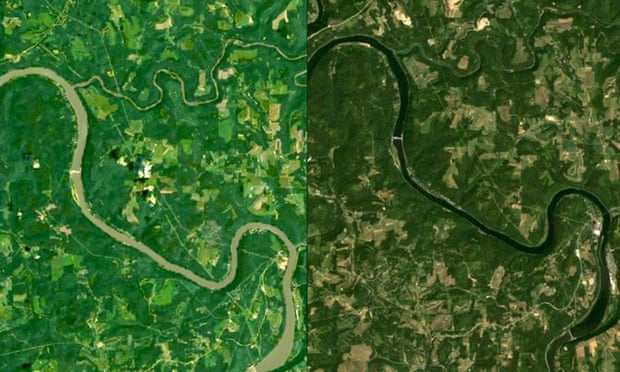 22 Jan One-third of US rivers have changed color in recent decades, research finds

Significance of changes are unclear and could reflect various ways in which humans are impacting the environment Rivers may seem like immutable features of the landscape but they are in fact changing color over time, a new study has found. Researchers compiled a database of satellite images...

GREAT FALLS, Mont. – When Cheyenne Foote heard that President Joe Biden blocked the Keystone XL pipeline permit on his first day in office, she cried. Foote, 68, is an elder of the Fort Peck Assiniboine and Sioux Tribes, and she feared the pipeline, which...